Instinox has revolutionized and mastered the art of manufacturing the highest quality Brass and plates supplies in addition to our various other materials and products for nearly two decades. We at Instinox, master the process of manufacturing premier Brass Bushing with instant delivering speeds and high quality packaging at unbelievable cost pricing. Instinox knows the potential requirements and quality needs for your purpose for Brass built by us. Known as a Brass manufacturing powerhouse, Instinox works for the utmost precision Brass Bushing with our generating of the materials respectively. We are keen on providing you with the best of the lot of the many manufacturers in the market today. The vast array of Brass Bushing products and a backing of elite and satisfied customers and industries, Instinox takes pride in delivering Brass Bushing along with the various other products in the same branch of material respectively. High quality emphasis has been made sure to provide these products for longevity and utmost resistance to push and pull. Making waves in the steel market at impeccable strides by laden details given to the products to assure just the right fit and fix for your specific needs. The products have been custom looked after and quality tested by ISO 9001:2008, ISO 14001:2004ISO 9001:2008, ISO 14001:2004, OHSAS 18001:2007 certifications respectively.

Brass is an alloy made of copper and zinc. Brasses come in varying properties. These properties depend upon proportions of zinc and copper. It is a substitution alloy which means the two constituents may replace each other within the same crystal structure. Brass apart from its regular composition may also contain small proportions of other elements like arsenic, phosphorus, aluminium, manganese, and silicon. Brass is generally used for decoration as it is bright gold-like appearance. It is widely used in applications where low friction is required such as locks, gears, bearings, doorknobs. Brass is used in electrical and plumbing equipment too. It is popularly used in music instruments such as horns and bells where a combination of high workability (historically with hand tools) and durability is desired. Fittings and tools used near flammable or explosive materials use brass extensively. Lead is often added to brass to enhance the machinability of brass. Lead has lower melting point compared to other constituents of brass so it tends to migrate towards the grain boundaries in the form of granules as it cools from casting. Silicon can be an alternative to lead however when silicon is used, the scrap must not be mixed with leaded brass scrap because of contamination and safety problems.

A bushing, also known as a bush, is an independent plain bearing that is inserted into a housing to give bearing surface for rotary applications; this is the most common form of a plain bearing. Common designs have solid (sleeve and flanged), split, and clenched bushings. A sleeve, split, or clenched bushing is only a & “sleeve” of material with an inner diameter (ID), outer diameter (OD), and length. The difference between the three types is that a solid sleeved bushing is solid all the way around, a split bushing has a cut along its length, and a clenched bearing is similar to a split bushing but with a clench (or clinch) across the cut. A flanged bushing is a sleeve bushing with a flange at one end extending radially outward from the OD. The flange is used to positively locate the bushing when it is installed or to provide a thrust bearing surface. Cylindrical lining (sleeve) used for limiting the size of a bore, reducing friction and wear, supporting load, and/or serving as a guide. Mechanically, a bushing is identical to a bearing except that it is usually a one-part device whereas a bearing may have two or more parts. In electric power, a bushing is an insulated device that allows an electrical conductor to pass safely through a grounded conducting barrier such as the case of a transformer or circuit breaker.

Brass can be used for production of Zippers. Brass musical instruments such as horns and bells are in great demand with rising musical interests. It is also is used for decoration for its bright gold-like appearance and feel. It is used in applications like locks, gears, bearings, doorknobs along with ammunition casings and valves.

Brass include: process equipment in the chemical industry, bleaching equipment in the pulp and paper industry, flue gas cleaning, desalination, seawater handling, and heat exchanger. Brass Bushing are used heavily at Subsea control lines and offshore platforms along with fire-fighting systems and injection & ballast water systems respectively to a great extent in the industries out there. Used in chemical processing, transport and storage basis. Oil and gas exploration and processing equipment. Marine and other high chloride environments. Used in pulp and paper digesters, liquor tanks and paper machine industries respectively. They component for structural design of buildings. Rotors, impellers and shafts also require these types of Bushing. Reinforcing bars for concrete structures. Used for firewalls and blast walls for off-shore platforms and protection. Usage has also been made sea-water systems, cargo tanks and pipe systems in chemical tankers. Last of the many uses it can also be used as sheets for constructing the base of an architecture or buildings. Brass Bushing have very good weldability feature. They also maintain very good cold formability even in cryogenic conditions. The bending, pressing, cutting and other type of machinery operations of the material can be carried out without any difficulty. When delivered in any form including fasteners, it has a homogenous composition. Brass is known for its impeccable resistance to pitting, crevice and chloride corrosion. It is 50-70% stronger than any other austenitic Brass grades. It has unparalleled impact toughness. It also has amazing top-notch tensility. 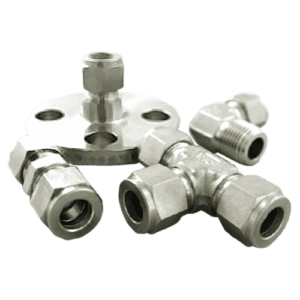 We also provide best quality packing and premium package services offered with legit processing. We at Instinox have a state of the art mill facilities. Highest priority is given to our dealers regarding cost factor and delivery issues around the world. Having no minimum order quantity, we believe in being flexible for the subjective needs of our customers. At Instinox we have stringent quality testing and control of the product, thoroughly inspected for form, fit and function for your usage functionality. We make sure the product is delivered on time and through a secure logistical process since we value your time requirement constraints which is our primary goal that is utmost customer satisfaction. 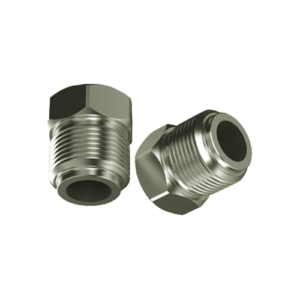 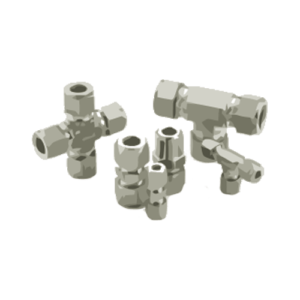 At Instinox, we target just one thing, the fastest seamless buying experience for our customers.

Whether small order or big order, we place a lot of emphasis on intelligent procurement modules. Real time inventory is maintained of all the available sizes in-house and in the market; so much time is spent on the manufacturing process and less on sourcing the raw material. Standard sizes are available in ready stock in Stainless Steel and Carbon Steel in our replenishing inventory system. All special grades are made to order. We undertake export orders irrespective of small or big quantities. We are the preferred choice of brand for urgent delivery and shut down projects due to our impeccable delivery system module. Added we have excellent storage and warehouse tracking facilities for quick dispatches and real-time stock tracking.

Thus, we are the perfect choice for the requirement of tube fittings manufactured with world class quality and required on an urgent delivery basis.