We at Instinox, master the process of manufacturing premier Inconel 600 Street Elbow with instant delivering speeds and high quality packaging at unbelievable costs pricing. Instinox knows the potential requirements and quality needs for your purpose for Inconel 600 Street Elbow built by us. Known as a nickel alloy manufacturing powerhouse, Instinox works for the utmost precision Inconel 600 Street Elbow with our generating of the materials respectively. We are keen on providing you with the best of the lot of the many manufacturers in the market today. The vast array of Inconel products and a backing of elite and satisfied customers and industries, Instinox takes pride in delivering Inconel 600 Street Elbow along with the various other products in the same branch of material respectively. High quality emphasis has been made sure to provide these Street Elbow for longevity and utmost resistance to push and pull. Making waves in the steel market at impeccable strides by laden details given to the Street Elbow to assure just the right fit and fix for your specific needs. The Street Elbow have been custom looked after and quality tested by ISO 9001:2008, ISO 14001:2004 ISO 9001:2008, ISO 14001:2004, OHSAS 18001:2007 certifications respectively.

Sati ably, Inconel is a family of austenite nickel-chromium-based super alloy generally used for oxidation as well as corrosion resistance usually in temperatures up to 18000 F. They are the go-to products to use in extreme environments subjected to heat and intense pressure and push and shove. Inconel high temperature strength is developed from solid-solution strengthening or precipitation hardening, it depends on the content in the alloy. When heated, Inconel forms a thick, stable, passivation oxide layer protecting the surface from further attack. Inconel retains strength over a wide temperature range, attractive for high temperature applications where aluminum and steel would succumb to creep as a result of thermally induced crystal vacancies.

A street elbow (at times called a street ell or service ell) is a type of plumbing or piping fitting intended to connect a piece of pipe and another fitting at an angle. The difference between a street elbow and a regular elbow is the nature of the connections on either end, respectively. A street elbow has a female fitting (hub or FIP) on one end and a male pipe or MIP fitting on the other end. The advantage of the street elbow is that it can be connected directly to another fitting without having to use an extra short connecting piece called a pipe nipple. Street elbows are available in 90°, 45° and 22.5° bends. Street Elbows can connect pipes of different diameters or change the direction of a pipe run. Available in a variety of materials, sizes and finishes, they are used to transport two-fluid mixtures.

It is a nickel-chromium alloy with good carburization and oxidation resistance through 2000°F. This alloy has long been used in the heat treating industry and Inconel 600 has powerful resistance to dry Cl2 and HCl gases at moderately increased temperatures. Inconel 600 Street Elbow offer superior corrosion resistance, temperature stability, toughness and strength and are commonly used in chemical processing.

Inconel 600 Street Elbow are a family of nickel-chromium-molybdenum alloys used for their very high strength at increased temperatures and good corrosion resistance. Because of its high thermal stability, Inconel can be used in special temperatures ranging from cryogenic to 2200°F (982°C). The high alloy content of Inconel Street Elbow enables it to withstand a wide variety of severe corrosive environments. In milder environments, such as the atmosphere, seawater, natural salts, and alkaline media, there is absolutely no attack to Inconel Street Elbow.

Inconel 625 Street Elbow offer a good balance of corrosion resistance, temperature stability, toughness and strength they are often a material of choice for chemical processing, aerospace, marine, electronics and oil & gas. Alternatives to the use of Inconel in chemical applications such as scrubbers, columns, reactors, and pipes are Hastelloy, perfluoroalkoxy (PFA) lined carbon steel or fiber reinforced plastic. The formation of gamma-prime crystals builds up over time, especially after 3 hours of a heat exposure of 850 °C, and continues to grow after 72 hours.

The Joint European Torus and DIII-D (fusion reactor) tokamaks vacuum vessels are made in Inconel. Inconel 718 is commonly used for cryogenic storage tanks, down hole shafts and wellhead parts. Rolled Inconel was mostly used as the recording medium by engraving in black box recorders on aircraft.

Cutting of a plate is many a time done with a water jet cutter. New whisker-reinforced ceramic cutters are also used to machine nickel alloys. They remove material at a rate typically eight times faster than carbide cutters. Other than these methods, Inconel parts can also be manufactured by selective laser melting process. 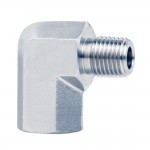 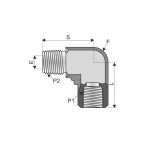 Packaging and Delivery of Product

We also provide best quality packing and premium package services offered with legit processing. We at Instinox have a state of the art mill facilities. Highest priority is given to our dealers regarding cost factor and delivery issues around the world. Having no minimum order quantity we believe in being flexible for the subjective needs of our customers. At Instinox we have stringent quality testing and control of the product, thoroughly inspected for form, fit and function for your usage functionality. We make sure the product is delivered on time and through a secure logistical process since we value your time requirement constraints which is our primary goal that is utmost customer satisfaction.

Dealing with Instinox gives you the security and peace of mind for the quality of your ordered materials and products since we have been backed by various renowned agencies and Chambers of Commerce including MASSMA, EEPC, FICCI, FIEO, Indian Merchants Chamber etc. We give a 1 year product replacement warranty for all the Street Elbow exported from our company. We guarantee the quality since it is 100% manufactured and are checked in house for defects in quality and workmanship. Our quality program is a 3 layered independent department check for many factors including Dimensional Check, Visual Inspection, and Finishing, Burr level, Leakage Test, Pressure Rating test, Chemical inspection and Mechanical properties verification. We are running at full capacities and sometimes outsource our job due to increased work load.

At Instinox we target just one thing, the fastest seamless buying experience for our customers.

How we do it: Clients generally require fittings with great urgency. However it is impossible to stock all the fittings in available grades and sizes due to the number of items that are in the portfolio. However one element that is common to all the items is nuts and ferrules. We maintain ready stock of all standard sizes of nuts and ferrules in all the grades, the lead time is only the time of producing the body which is 3-4 days. We ensure a delivery to customer for urgent needs and shut down projects within 7 days that no company in the world can guarantee.

Thus we are the perfect choice for requirement of Street Elbow manufactured with world class quality and required on urgent delivery basis. 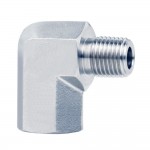