Instinox is digitally the most popularized brand in the Indian sub-continent. We are that brand which is known to fulfill niche requirements of our customers. Our firm is an expert in manufacturing of pipes, tubes and valves. Specialty like Ball valves is what make us makes us stand out from the crowd. We bring tremendous experience in the industry since its been two decades to Instinox in the same industry. This firm have clients from all around the world, in more than 13 countries. Instinox is a major brand in Europe.We are extremely proficient with working methods. Manufacturing various types of valves with perfection and as per the required standards, without a single defect is the idiosyncrasy of our organization.Instinox follows the policy of “Once a customer, always a customer”. We believe in 100% customer satisfaction. Great emphasis is paid to value addition after the sales service.

A ball valves (one of a family of valves called quarter turn valves and floating valve) is a valve that opens by turning a handle attached to a ball inside the valve. Valves are used for applications such as flow control, pressure controls, corrosive liquids, gases, etc. The ball has a hole, or port, through the middle so that when the port is in line with both ends of the valve, then the flow will occur. Whenever the valve is closed, the hole is perpendicular to the ends of the valve and the flow of the liquid is blocked.Ball valves are reliable and usually work to achieve perfect shutoff even after years of no use. Therefore they are the best choice for supply shutoff applications.Ball valves are durable and long lasting, perform well after many cycles and are reliable. The ball valves ease of operation, repair, and versatility lend it to extensive industrial uses, supports pressures up to a thousand bar and temperatures up to 752°F, depending on design and materials used. Sizes of valves range from 0.2 to 48 inches (0.5 cm to 121 cm). Valve bodies are made of metal, plastic, or ceramic metal, floating balls are mostly chrome plated for durability.

There are five general body styles of ball valves:

The valve operation is the same in each case. The difference is checked on how the parts or pieces of the valve, especially the casing that contains the ball itself are manufactured and assembled.

A full port is known as full bore ball valve has an oversized ball as the hole in the ball is the same size as the pipe resulting in lower friction loss. Flow of the fluid is unrestricted but the valve is large and more expensive so full port valve is only used where free flow is required, i.e. in pipelines which require pigging. (Refers to the practice of using devices known as “pigs” to perform various maintenance operations.)

Reduced port (more often known as reduced bore) ball valves, in this valve flow through the valve is one pipe size smaller than the valve’s pipe size leading to flow area of the fluid being smaller than pipe. As the flow discharge remains constant and is equal to area of flow time’s velocity, the velocity increases with reduced area of flow.

A V port ball valve has either a ‘V’ shaped seat or a ‘V’ shaped ball on the top. This allows the orifice (an opening, particularly one in the body such as a nostril) to be opened and closed in a more controlled manner with a closer to linear flow characteristics. The valve whenever is in the closed position and opening is commenced the small end of the ‘V’ is opened, first allowing proper flow control during this stage. Due to higher velocities of the fluids this type of design requires a generally more robust construction due to, which might damage a standard valve. These can be referred to as a type of control valve when compared to balancing valve, needle valve, globe valve, or pressure regulating valve but are not as accurate as the above valves.

Many industries encounter a problem with residues in the ball valve. Where the fluid is meant for human consumption, health hazard can be caused due to residues, and when where the fluid changes from time to time contamination of one fluid with another may occur leading to health issues. Residues are formed because in the half open position of the ball valve a small gap is created between the ball bore and the body of cavity filter in which fluid can be trapped. To avoid the fluid from entering into this cavity, the cavity has to be plugged, which can be done by extending the seats in such a way that it is always in contact with the ball valve. This type of ball valve is known as Cavity Filler Ball Valve.

A trunnion ball valve has additional mechanical anchoring of the ball at the top and the bottom, suitable for larger and higher pressure valves. Manually operated ball valves can be closed within a second which creates a danger of water hammer. Some ball valves are inbuilt with an actuator that may be pneumatically (adapted for holding or inflated with compressed air), hydraulically or motor operated. These valves can be used either for on/off or flow control. A positioner which transforms the control signal into actuator position and valve opening accordingly is also equipped in a pneumatic (adapted for holding or inflated with compressed air) flow control valve.

Multi-port ball valves have 4 ways, or more, are commercially available, the inlet way often being orthogonal (involving right angles) to the plane of the outlets. For important applications, such as driving air-powered motors from front to reverse, the operations are performed by rotary of a single lever four-way valve. The 4-way ball valve has two L-shaped ports in the ball that never interconnect, sometimes referred to as a “×” port as it as 4 ways port.

Our state of the art factory has 21 CNC Machines, 12 Lathe Machines, 3 Heavy Punch Machines, and 5 Dye Machines for an end to end process at one place. Our production capacity at peak in a 3 shift schedule is 1.3 million pieces of assembled units per month. Added to that we have in house testing facilities like spectro machine, PMI Machine, Mechanical test, Hardness Test, Ultrasonic Testing, Hydrostatic Testing, Pressure testing, and manual inspection of gauge. Our production range also includes instrumentation valves, condensate pots, snubber, manifolds, and tube fittings Fittings can be made in NPT, BSPT & BSPP Threads.

The production process can be divided for body, nuts and ferrules.

Nuts are made in a fairly simple process by a machining of hex bar as per size and thread from a standardized design.

Ferrules are the heart of the valves. Our specialization lies in the manufacture of an innovative method that makes the ferrules compatible with other manufacturer designs and increases the life of the fitting.

As a Ball Valves manufacturers, Instinox is backed by all the possible certifications of a world class mill including ISO 9001:2008, ISO 14001:2007, OHSAS 18001: 2004 & CE-PED 97/23/EC. We are also members of various renowned agencies and Chambers of Commerce including MASSMA, EEPC, FICCI, FIEO, Indian Merchants Chamber etc.Coupled with that i-LOK valves are supplied with a default one year product replacement warranty against customer word without any further questions. We are confident because 100% valves are tested in house for any defects in quality or workmanship manufacturing. Not even a single fitting can leave the premises without a 3 layer inspection of chemical test, mechanical test, visual inspection, dimension inspection, pressure test, gauge test and conformity to the order. Thus we are generally stuffed with loads of orders for 90 days schedule ahead of time.Instinox manufactured valves are 100% manufactured from European raw material. The base material can be traced back and be supplied upon request. The material complies with the special request of various end clients that require European origin material for their equipment.Valves manufactured are marked with standard format of i-LOK-Size-Material-Heat Number. This heat number is 100% traceable to our records and we maintain very strict watch to ensure the authenticity of our brand isn’t duplicated by other brands.

The identity of fittings manufactured at Instinox is our registered brand i-LOK that stands as our identity of intelligent fittings in the family of LOK fittings. We aim to provide world class fittings with a seamless.Instinox i-LOK valves are packed in special carton boxes with brand identity. Each fitting thread is protected by a plastic cap to prevent any damage in transit. This assembled unit is packed in polythene lock bags which are embedded in a master polythene lock bag as per lot number. The bags contain identification tags for ease in assembly. Then the fittings are packed in master carton boxes, which contain lot number and Purchase order details of the client for ease in identification by the customer. Wes emphasize on packing as much as production, as we make sure, we provide our customers with a seamless experience in buying valves manufactured at Instinox.

PACKING AND DOCUMENTATION OF VALVES

We provide valves with documents such as commercial invoice, packing list, Test Reports, HS Code, Country of Origin attested by chamber of commerce, Fumigation Certificate, Warranty Letter, and Base Material Certificates.Each heat and lot of Ball valves suppliers with a material test certificate as per EN 10204 NACE 3.1 standards indicating the chemical and mechanical properties of the fittings along with pressure rating. We also confirm the guarantee of the fittings supplied as per Purchase order specifications and attest the same in the Material Test Certificate. We also welcome any third party inspection from an agency nominated by the customer to comply with NACE 3.2 Certification if required by customer at an extra cost.We provide a free sample kit for all clients against purchase order copy for quality approval free of cost. Request your free sample kit now! 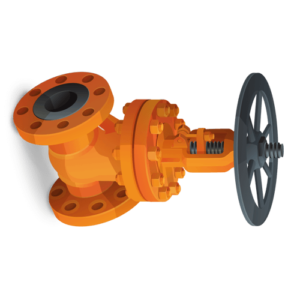 At Instinox we target just one thing, the fastest seamless buying experience for our customers.

How we do it: Clients generally require fittings with great urgency. However it is impossible to stock all the fittings in available grades and sizes due to the number of items that are in the portfolio. However one element that is common to all the items is nuts and ferrules. We maintain ready stock of all standard sizes of nuts and ferrules in all the grades, the lead time is only the time of producing the body which is 3-4 days. We ensure a delivery to customer for urgent needs and shut down projects within 7 days that no company in the world can guarantee.

Thus we are the perfect choice for requirement of tube fittings manufactured with world class quality and required on urgent delivery basis. 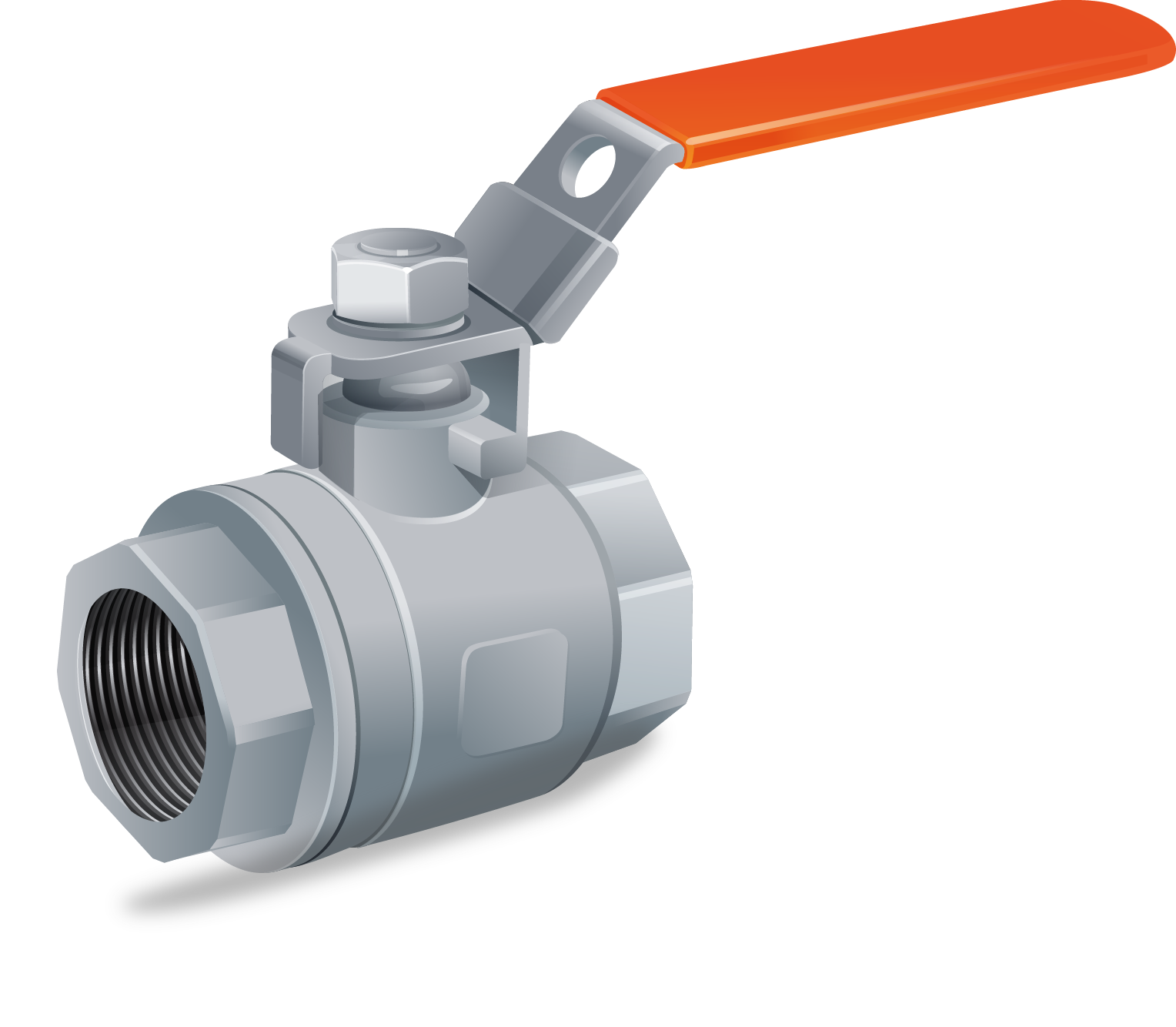